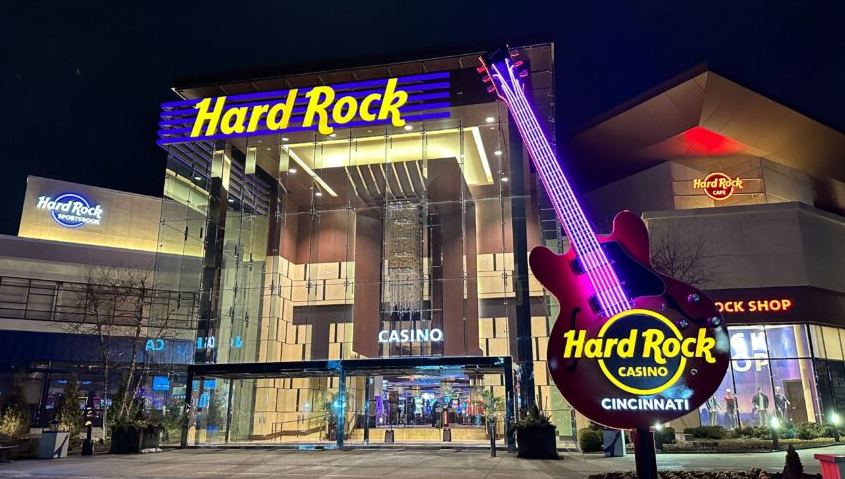 Hard Rock Cincinnati Sportsbook is located inside the Hard Rock Cafe and features a new lounge area to enhance the gamedays year-round for local sport fans. In addition to a new sportsbook lounge area, Hard Rock Casino Cincinnati has added more than 150 TVs, 33 betting kiosks, and six betting windows. The Hard Rock Sportsbook experience is also available anytime, anywhere throughout Ohio, via a mobile app and desktop sportsbook. New Ohio players on the Hard Rock Sportsbook mobile app can earn up to five spins of the Mystery Wheel (depending on amount bet), each with a chance to win up to $5,000 in bonus bets.

Hard Rock International (HRI) is one of the most globally recognized companies with venues in over 70 countries spanning 265 locations that include owned/licensed or managed Rock Shops®, Live Performance Venues and Cafes. HRI also launched a joint venture named Hard Rock Digital in 2020, an online sportsbook, retail sportsbook and internet gaming platform. Beginning with an Eric Clapton guitar, Hard Rock owns the world’s largest and most valuable collection of authentic music memorabilia at more than 86,000 pieces, which are displayed at its locations around the globe. In 2022, Hard Rock Hotels was honored as the number one brand in Outstanding Guest Satisfaction for the second year in a row among Upper Upscale Hotels in J.D. Power’s North America Hotel Guest Satisfaction Study. This designation is the fourth consecutive year the iconic brand has been among top brands in this category.

A Recap of Marriott International’s Masters of the Craft

Are you Doing Dry January?
Scroll to top