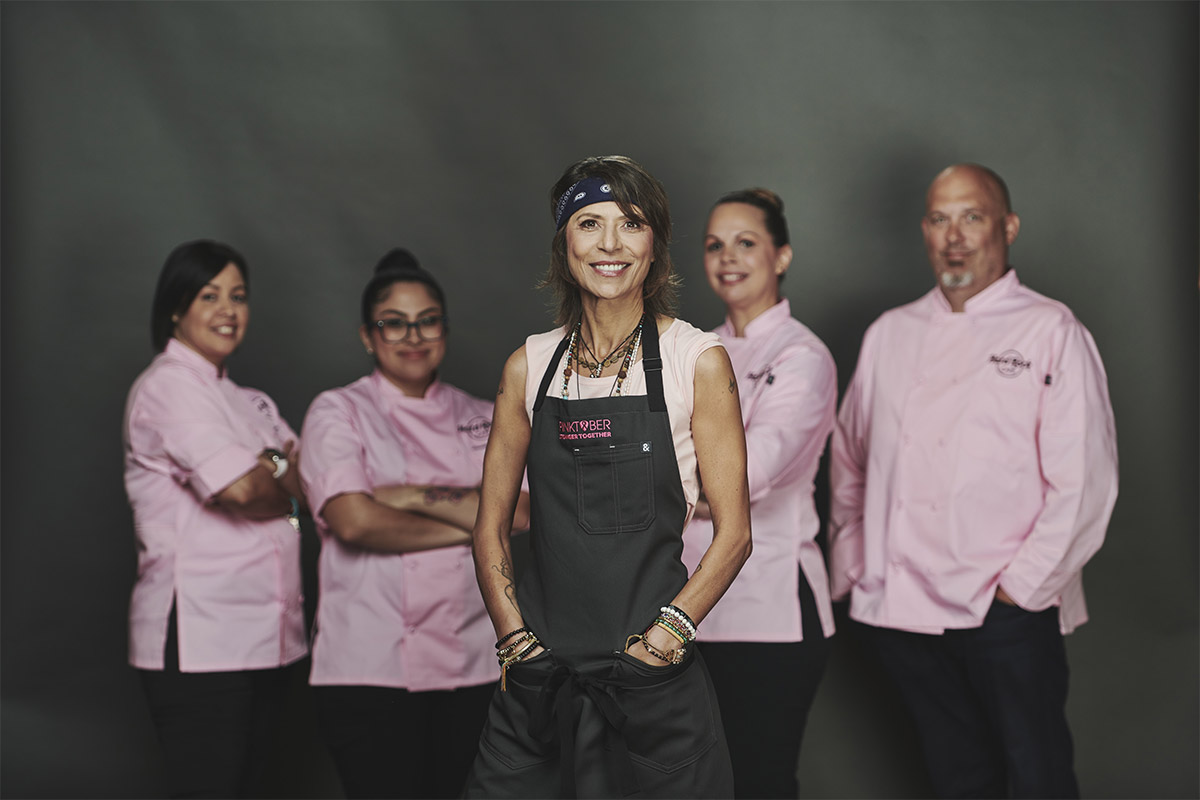 HOLLYWOOD, Fla., October 4, 2022 – Hard Rock International continues to support breast cancer awareness and research with its 23rd annual PINKTOBER campaign. Taking place throughout the month of October, Hard Rock locations around the world are participating in fundraising efforts supporting the Hard Rock Heals Foundation®, the charitable arm of Hard Rock®, with proceeds benefiting the American Cancer Society and local charities. Hard Rock has donated millions of dollars toward breast cancer research over the last 22 years of the PINKTOBER campaign. Last year, Hard Rock raised over $700,000, representing the largest amount the company has fundraised since the inception of the program back in 2000.

“It’s with great honor and pride that Hard Rock International supports those affected by breast cancer across the globe with our 23rd annual PINKTOBER. All is One is a Hard Rock motto that we are thrilled to see come to life each year through our work with American Cancer Society, community members, team members and local charities, benefitting such an important cause,” said Jon Lucas, Chief Operating Officer of Hard Rock International. “This year, we’re proud to partner with Chef Dominique Crenn, a breast cancer survivor, who shares our passion in raising awareness and giving back to local charities and communities.”

This year, Hard Rock is teaming up with world-renowned French Chef and breast cancer survivor, Dominique Crenn, who is currently the only female chef in the United States to attain three Michelin Stars for her restaurant Atelier Crenn, in San Francisco, California. In partnership with Crenn, Hard Rock will create a limited-time menu item of Baja Style Shrimp Tacos exclusively available at Hard Rock Cafes around the world, with a portion of proceeds donated to a local charity chosen by the Cafes. Crenn will also host a curated dinner series kicking off at Seminole Hard Rock Hotel & Casino Hollywood on October 4, followed by a special dinner at Hard Rock Hotel New York on October 7. Invited guests include fellow breast cancer survivors, caretakers and American Cancer Society supporters.

Hard Rock International is offering uniquely designed, limited-edition merchandise in support of breast cancer awareness and research, which includes a PINKTOBER-themed Hard Rock t-shirt, hat, water bottle, tote bag and a newly designed PINKTOBER pin. Through the Hard Rock Heals Foundation, a percentage of all proceeds will go to charities that help raise awareness and funds for breast cancer research.

Additionally, in partnership with Crenn, Hard Rock will produce special pink chef coats, adorned with a breast cancer awareness ribbon and the headline Stronger Together, for all Cafe head chefs to wear during PINKTOBER.

This year, Hard Rock will build upon the “Stay Strong” mantra and inspire supporters to “Find Your Fight Song.” Through the power of music, Hard Rock will look to uplift those battling breast cancer, celebrate survivors, and remember loved ones by creating the ultimate “PINKTOBER Anthem.” Fans are invited to participate in the contest by sharing their stories on Instagram and writing original lyrics that will be curated for inclusion in the anthem written in collaboration with recording artists David Correy. David Correy is an internationally known recording artist who lost his mother to cancer in 2020.  He has since been an outspoken advocate for strength and support.  A grand prize winner will receive a $5,000 prize and donation of equal value in their name to American Cancer Society. Additional contest details will be available on the @hardrockhotels Instagram channel throughout the month of October.

Seminole Gaming Everi Kiosk Donations
Additionally, throughout October, Seminole Gaming patrons can donate the change from redeemed gaming vouchers at any Everi full-service kiosk across the casino floor. All donations at the Everi kiosks will benefit American Cancer Society throughout the month.

To celebrate the month and the unwavering strength of breast cancer survivors, two Pink co-branded Fender guitars will be delivered to all Hard Rock Hotels to be used as part of the Sound of Your Stay program. Guests can check out the guitars which will each include a QR code for use to easily make a donation and discover more ways they can support the fight against breast cancer.

In addition, select hotel guestrooms will have a “Pretty in Pink” design complete with pink sheets, towels and more. Ten percent of the revenue from these rooms will support breast cancer awareness. To top it off, participating hotels will offer specialized spa treatments like pink manicures and custom pink cocktails, where a portion of the proceeds will be donated.

All company divisions including Hard Rock Cafes, Hotels and Casinos worldwide are partaking in the campaign with local events. Community members who want to show their support and participate in PINKTOBER can visit their local Hard Rock location and take part in fundraising activations benefiting American Cancer Society and local charity partners from Oct. 1 to Oct. 31, 2022.

For more information on Hard Rock International and how you can support PINKTOBER visit www.hardrock.com/pinktober.

About Hard Rock®:
Hard Rock International (HRI) is one of the most globally recognized companies with venues in over 70 countries spanning 265 locations that include owned/licensed or managed Rock Shops®, Live Performance Venues and Cafes. HRI also launched a joint venture named Hard Rock Digital in 2020, an online sportsbook, retail sportsbook and internet gaming platform. Beginning with an Eric Clapton guitar, Hard Rock owns the world’s largest and most valuable collection of authentic music memorabilia at more than 86,000 pieces, which are displayed at its locations around the globe. In 2022, Hard Rock Hotels was honored as the number one brand in Outstanding Guest Satisfaction for the second year in a row among Upper Upscale Hotels in J.D. Power’s North America Hotel Guest Satisfaction Study. This designation is the fourth consecutive year the iconic brand has been among top brands in this category. HRI is the first privately-owned gaming company designated U.S. Best Managed Company by Deloitte Private and The Wall Street Journal for the second year. Hard Rock was also honored as one of Forbes’ Best Employers for Women, Diversity and New Grads and a Top Large Employer in the Travel & Leisure, Gaming, and Entertainment Industry. In 2021, Hard Rock Hotels & Casinos received first place ranking in the Casino Gaming Executive Satisfaction Survey conducted by Bristol Associates Inc. and Spectrum Gaming Group for six of the last seven years. For more information on Hard Rock International, visit www.hardrock.com or shop.hardrock.com.

About Dominique Crenn:
Growing up in Brittany, France, Dominique Crenn developed a keen interest in cuisine from her parents, who celebrated fine dining. Driven by her passion to create a deeply personal project, Dominique Crenn opened Atelier Crenn, a place to express her heritage as well as an ode to “poetic culinaria,” Crenn is the owner and chef of the three-Michelin-starred restaurant Atelier Crenn in San Francisco, where artistry is at the forefront, cuisine is a craft, and the community is an inspiration. “Atelier” can be defined as a workshop or studio, a concept that drives Chef Crenn’s modern vision for fine French cuisine. Dominique Crenn is a breast cancer survivor and an outspoken and active member of the international culinary community, promoting innovation, sustainability, and equality.