By Don Billings, Founding Partner, IMI Agency, and Publisher of in the Mix
July 1, 2022 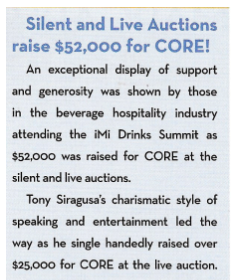 Excerpt from IMI Drinks magazine, circa 2006

Former NFL lineman and defensive tackle for the Baltimore Ravens, Tony Siragusa, passed away last week. A legend on the football field, he also worked as a broadcast analyst for NFL games, hosted various shows on television, and was an avid businessman and humanitarian.

But what I remember most about Tony was his big heart. He was the first sports figure to step forward and contribute his time to CORE (Children of Restaurant Employees), the primary non-profit for the beverage hospitality industry today.

So, I went back into our in the Mix archives and pulled out an article from a past issue.

Tony displayed his support and generosity when CORE was in its infancy. IMI Agency held one of the first fundraisers for CORE at the “IMI Drinks Summit” back in 2006. He helped host a silent and live auction, and in Tony’s classic style of speaking and entertainment, lead the way as he single-handedly raised over $25,000 for CORE at the live auction for combined donations of $52,000. Of course, he had the help of a lot of dedicated beverage brand partners. I am almost certain that several current and past CORE board members, as well as operators and suppliers who were there, remember his impassioned charismatic appeals for CORE.

With the heartbreaking news of Tony’s passing traveling the globe, we also wanted to share this statement made by Baltimore Ravens Owner, Steve Bisciotti, last week.

Our deepest sympathies go out to the Siragusa family. Rest easy, Goose. 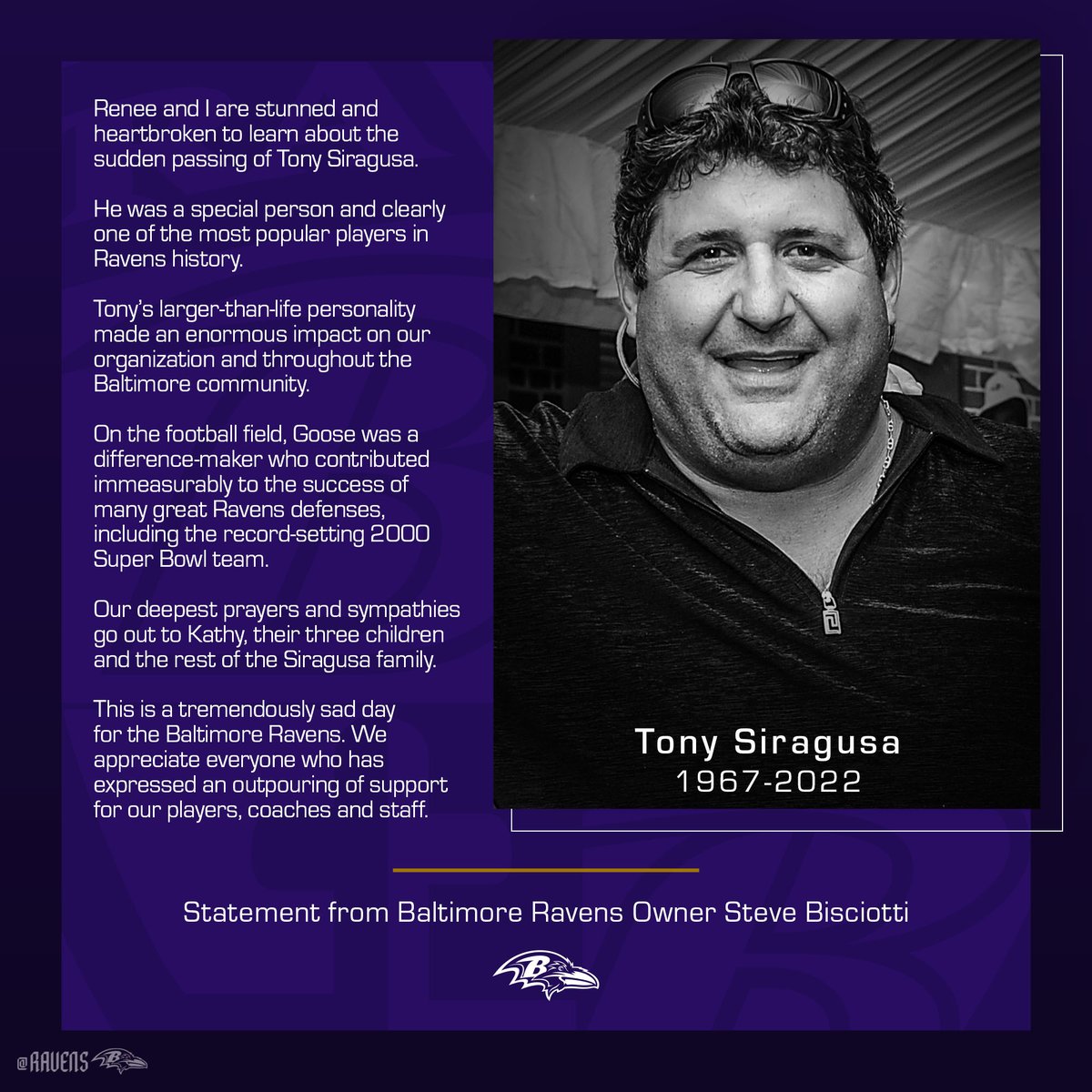 CORE has grown into a national 501(c)3 providing financial relief in the form of grants to food and beverage service employees with children in all 50 states, D.C. and Puerto Rico, who face a health crisis, injury, death, or natural disaster. Founded to take care of our industry’s children when either they or their parents faced a qualifying circumstance.  www.COREgives.org

Raise a Glass: This Season’s 7 Most Anticipated Cocktails
Scroll to top