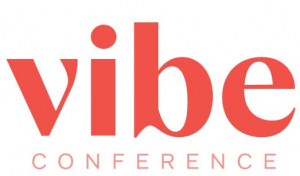 Tim McLucas, Vice President of Bar & Restaurant Group, said, “We are thrilled with the success of this year’s Vibe Conference, and to attract an expanded number of delegates eager to meet new customers, and learn how they can support one another at this important time of opportunity. Labor shortages, supply chain issues, inflationary pressures, and changes in consumer behavior from the pandemic have significantly impacted the beverage industry, demonstrating the importance of gathering top beverage executives to discuss new ideas and solutions to address these challenges, for future growth and success.”

The conference’s community collaboration activities were held in conjunction with the announcement of the 2022 Vibe Vista Awards recipients. Vibe Vista Awards recognize the top performers in the beverage industry through the creation, training, execution, management, and on-going positive results of beverage programs.

IMI Agency was honored to have several of their chain hospitality Clients win these prestigious awards…in fact, IMI Clients picked up 44% of the Vibe Vista Awards. Winners included: 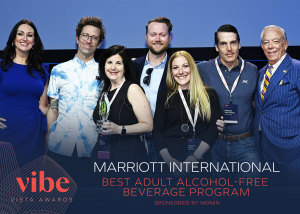 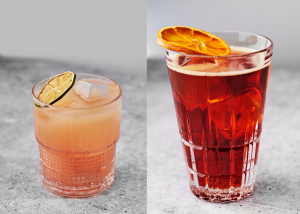 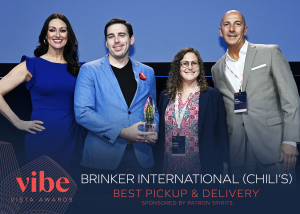 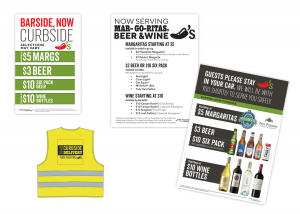 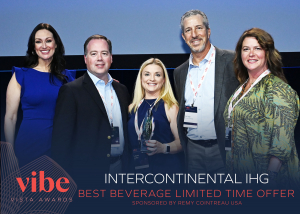 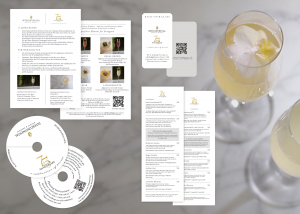 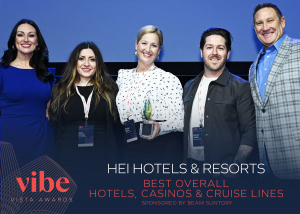 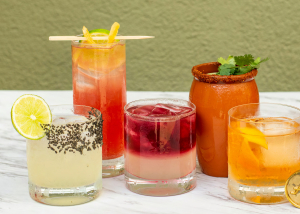 “Congratulations to the 2022 awards winners,” said Tom Fox, Partner, CM Profit Group. “The Supplier Awards program is based on research from the annual CM Profit On-Premise Partnering Study. More than 40 operators participated in the live interviews where they rated their respective supplier companies.”

Vibe, and its parent organization, Questex, have long been proponents of the on-premise industry’s preeminent charity supporting families and children of restaurant employees (CORE). 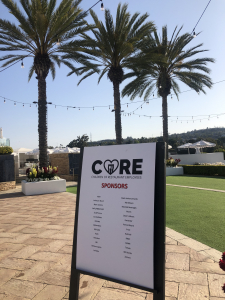 During the conference, there was a CORE Golf Outing on Monday morning, attracting 66 golfers playing 9-holes and enjoying the beautiful San Diego weather. Along with the golf outing, CORE operated a silent auction during the conference, and all-in, the Vibe Conference and its generous attendees, raised over $105,000 in support of CORE.

The Vibe Conference is the premier event for chain and hotel adult beverage executives and suppliers. The top on-premise conference is held annually and involves high-level content, tastings and networking opportunities. The 2023 conference will be held February 27-March 1 at the Sheraton San Diego Hotel & Marina.