Are Pre-Made Cocktails the Next Booze Boom? Hard seltzers have seen a huge rise on menus in recent years – soaring more than 2300% in the last four years, according to Datassential’s menu trends. Beer brands have made their own versions, iconic labels have been resurrected to offer theirs, and new brands have sprung up to take advantage of this rapidly growing consumer preference.

But despite their popularity, hard seltzers may have a new segment competitor nipping at their heels.

Single-serve pre-made cocktails are popping up in small-but-growing numbers on retail shelves and in restaurants and bars, showing some real promise for long-term growth, amid shifts in dining styles, technology and consumers’ growing acceptance and preference for a portable mixed drink. They’re also an easy option for operators who want to take advantage of to-go cocktail laws, many of which were eased during the pandemic and are becoming permanent nationwide.

According to Datassential’s 2021 Future of Drink Report, 64% of consumers who drink alcoholic beverages are interested in single-serve pre-made cocktails, outscoring hard seltzer by 8 points.

Hard seltzer is a great alternative for consumers, particularly for millennials who have focused on lighter alternatives to hard alcohol, like beer. But canned cocktails have been flexing their versatility muscles, from the upper-shelf $150 Gold Fashioned from Sunday’s Finest – with specially-sourced bourbon, whiskey and bitters using saffron, vanilla, cacao and an orange mist to spray on the cocktail when it’s poured – to the recently announced Fresca Mixed, by Coca Cola. The spectrum of possibilities for pre-made cocktails is expansive, and so is their potential for growth.

The interest in canned cocktails at this moment in time makes sense, if for nothing else but the unpredictability and persistence of COVID-19. Canned cocktails remove the worry for consumers that a standard bar glass may be dirty, or vulnerable to contamination from a nearby sneeze. They also bring cocktails into a new arena of ready-to-drink beverages like wine and beer and therefore open up more occasions in which to opt for a mixed drink without any of the work. 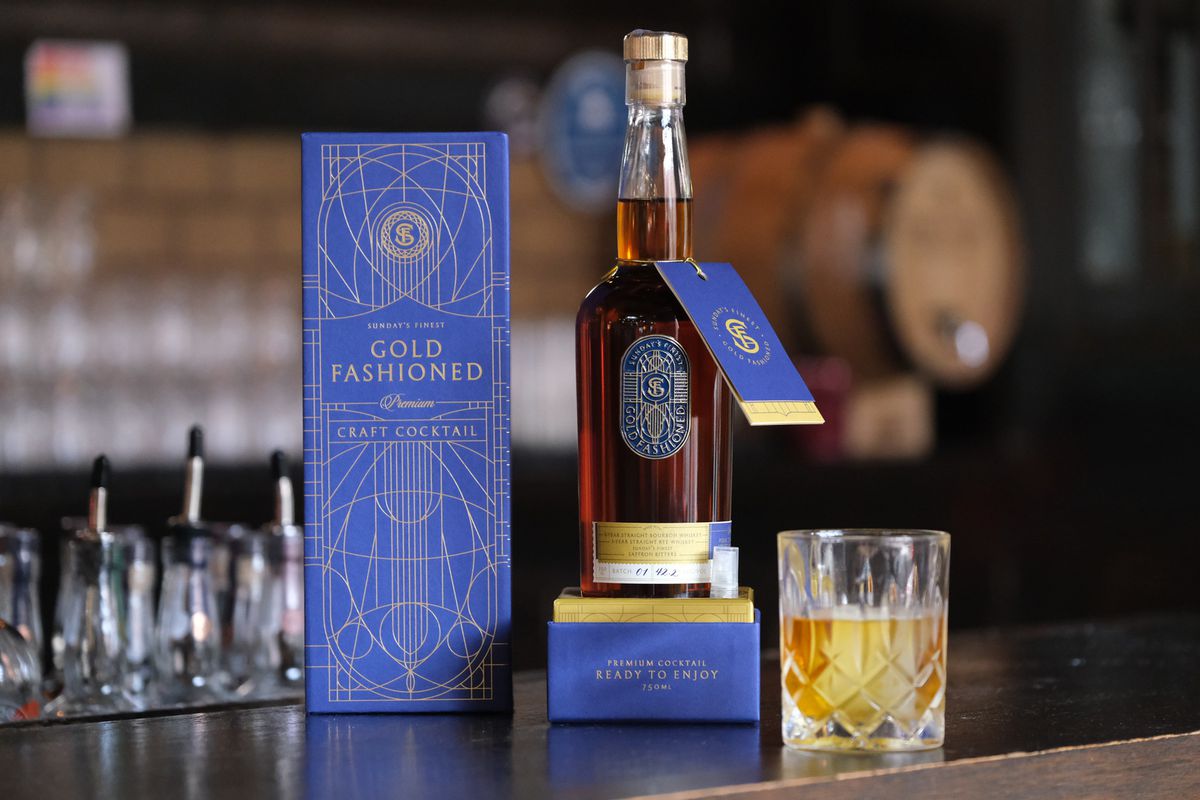 They’re also an evolution of the hobby many consumers adopted in the early “sourdough starter” days of the pandemic. Making bread and other foods from scratch, along with a cocktail to top off a completely homemade meal, was a pastime for many when restaurants and bars were shuttered. Now, many seek that same flavor profile without all the effort, and manufacturers, retailers and operators of all types are taking notice.

Of course, no matter what the year or world health situation, consumers will crave variety and new flavor combinations, and pre-made cocktails allow makers an adaptable canvas on which to innovate.

There’s a convenience factor, too, that on-premise providers should consider.

Technology is moving forward with rapid speed in so many areas, but it’s profoundly changing how and where consumers eat and drink, from interactive labels to smart home cocktail systems like Somabar. But one of the most exciting innovations for consumers, according to a Datassential survey last year, is alcohol in vending machines or automated mini-markets, where canned cocktails should play a starring role.

Almost two-thirds (62%) of respondents said they’d be interested in seeing these advancements – whether it be in a hotel, stadium or airport. As more U.S. operators consider adding alcohol vending or automated markets, ready-to-drink cocktails stand as a great option to keep in stock. As these vending machines – common in countries like Japan – become more widespread in the U.S., they may become an important purchase for operators, particularly hotel operators who may not have the space or staff for a full bar. Premixed cocktails in a can or bottle, such as Hochstadter’s Slow & Low Rock & Rye Cocktail or Cutwater Spirits’ line of premixed canned drinks, continue to gain rapidly as consumers continue to dine outdoors where the weather is warm enough. Growth in this category is happening so fast that, if something is the “cocktail of the summer” you can expect it to be canned by the following summer.

Beer drinkers, in particular, are interested in canned alcoholic beverages. Beer drinkers flocked to hard seltzer in droves too, but wine and cocktail connoisseurs are right there with them. Gone are the days when people would have shunned a “sophisticated” drink such as a wine or a cocktail that came in a pop-top can. But the quality of these beverages, the growing variety and the obvious advantages of a more on-the-go ability and sanitary concerns, it seems like a no-brainer to many consumers.

Canned cocktails have moved to “adoption” on Datassential’s menu adoption cycle, the second stage, which means they’re gaining mainstream traction, but they’re still in the early stages of growth on menus, at less than 1%. (Hard seltzers, on the other hand, are found on 9.1% of menus)

Overall, according to Datassential’s FLAVOR database, 61% of consumers know canned cocktails, and nearly a third (29%) have tried them. Among those who have tried them, 51% say they love or like them. They tend to skew toward more female consumers, where hard seltzer lovers are evenly split between the sexes.

And once an operator chooses to test some canned cocktails, which ones should they choose? While there’s still a huge runway for the category to travel, Datassential identifies these trends that consumers are already showing interest in, and could be a natural fit for a can: tea-based cocktails, CBD-infused beverages, nootroopics (meant to improve the brain’s cognitive function) – and don’t forget the mocktails. Particularly as consumers focus on healthier eating in the New Year, canned mocktails are a treat without the guilt – or the hangover.

Although hard seltzer still has more room to grow, canned or bottled cocktails, with their versatility and convenience, are clearly not a trend to ignore.