Over the last 20 years, cocktail culture went from slinging drinks to a resurgence in mixology and the modern “golden era” of cocktails. Andrew Pollard, Beverage Innovation Director at Monin, acclaimed winner at Tales of the Cocktail, recipient of the Tony Abou-Ganim Paragon Award, and renowned Las Vegas cocktail connoisseur, takes you on his journey through the evolution of the classic cocktail while adding flavorful twists that will capture the tastebuds of today and deliver beauty in its simplicity.

Most of you remember, and for those who don’t, that before the early 2000s, Vodka was king, artificial juices reigned supreme and Alabama Slammers, Apple Martinis, and sweet, red drinks were all the rage. We lived in this world for 25-30 years, where the appreciation for many liquors was lost, and the overly sweet taste of drinks lasted on our tongues well until the morning. This time is often referred to as the “cocktail dark ages” — until one day, someone lit a torch.

Scouring through old pre-Prohibition era recipes, bartenders in the late 1990s and early 2000s became enamored with the beautiful yet straightforward cocktails from that age. Gin seized their attention with its light, aromatic and approachable flavor that delivered the perfect base to add a modern spin. With a simple spritz from a fresh lemon, the once lost and forgotten Aviation cocktail quickly grew in popularity throughout cocktail bars worldwide. This cocktail celebrated the pre-Prohibition era in all its Gin glamour, using hard-to-find maraschino and Violette liqueurs. While this drink has lost its luster, it is still highly regarded. And, by adding new flavors to the mix, it will quickly draw the customer back to this classic. My take on the Aviation cocktail is called “The Violet Femme.” It is a simple variation that was also a winning cocktail in the Bombay Sapphire/GQ’s Most Inspired Bartender Competition of 2009, and which I bring with me wherever I go. 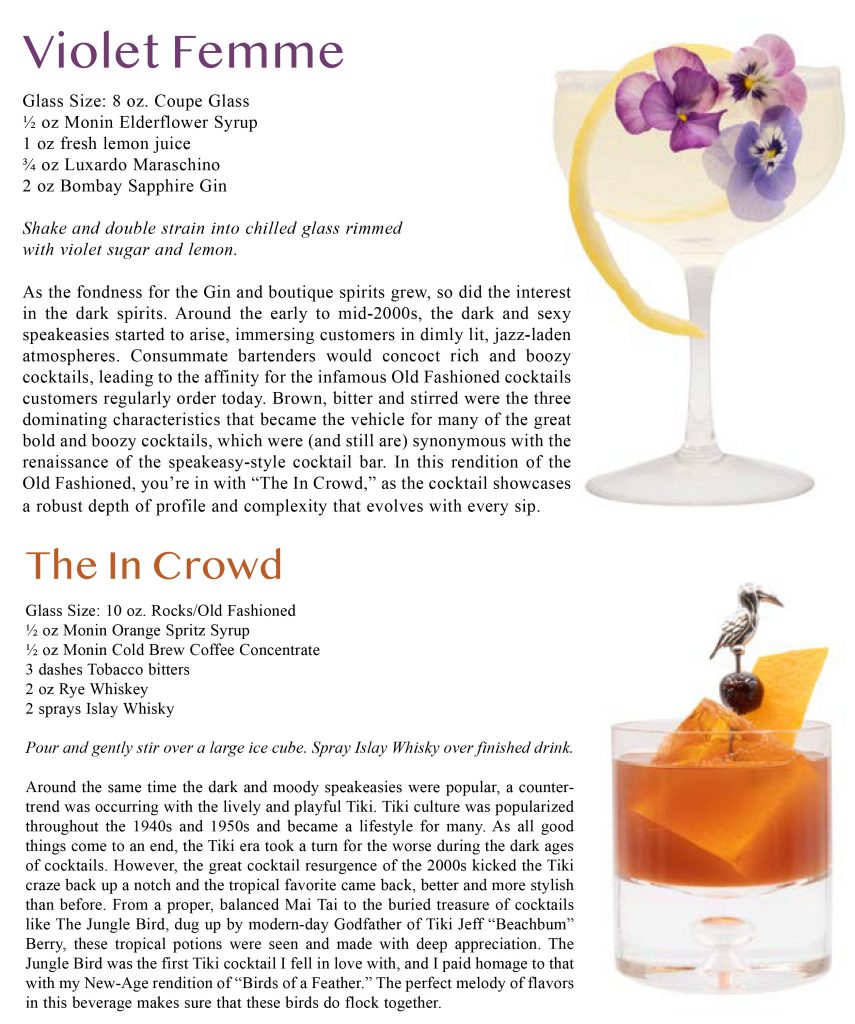 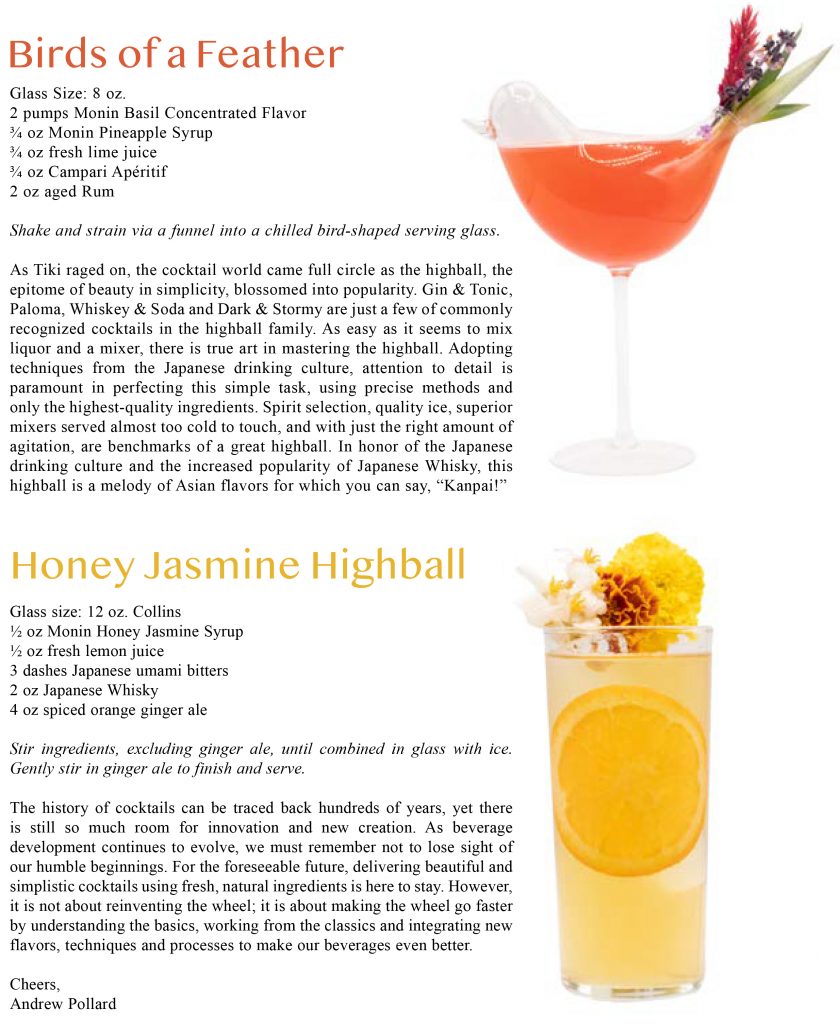 in the Mix, Summer Edition: Vol. 67
Scroll to top