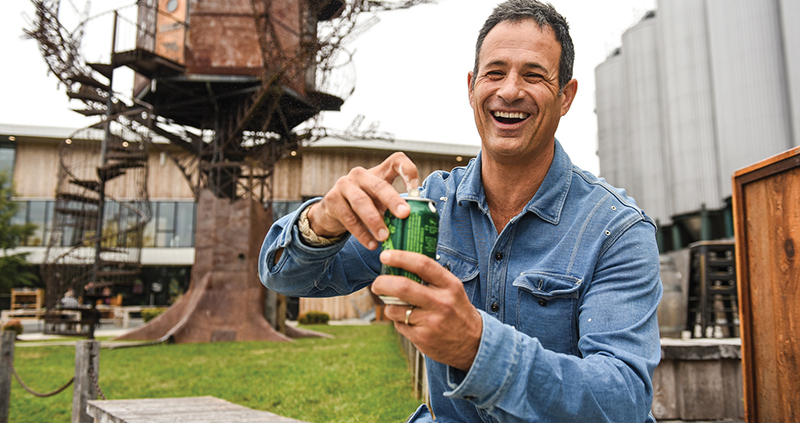 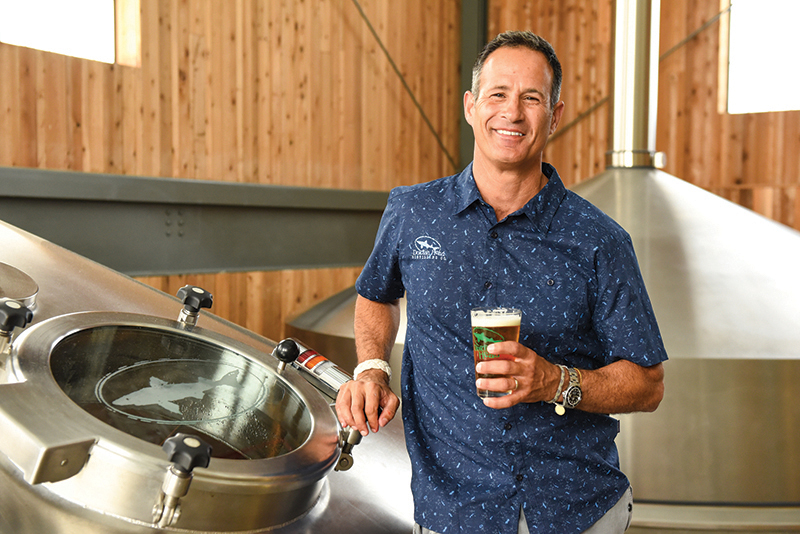 Dogfish Head was founded by Sam and Mariah Calagione back in 1995. They opened in downtown Rehoboth, Delaware as a small commercial brewery. In their words, “We began with a straightforward, but unorthodox mission: off-centered ales for off-centered people.”

You would have to live under a rock not know that Dogfish Head Brewery was bought by the Boston Beer Company last year. The merger brings together two iconic brands and two very personable people — Jim Koch and Sam Calagione — under one corporate roof. Sam will sit on Boston Beer Company’s Board of Directors alongside Jim. Dogfish Head will retain its identity under the flagship Boston Beer Company umbrella, much like Angry Orchard cider and Sam Adams are. I have spent time with Jim at the Sam Adams Brewery; he is quite a character and a blast to have a beer with. I haven’t had the chance to tip one back with Sam yet, but from what I see in my research, he’s a hoot, to say the least. Jim and Sam deserve each other — they are fun people making a fun business funner. (My editor won’t like that word, but it seems to fit here). 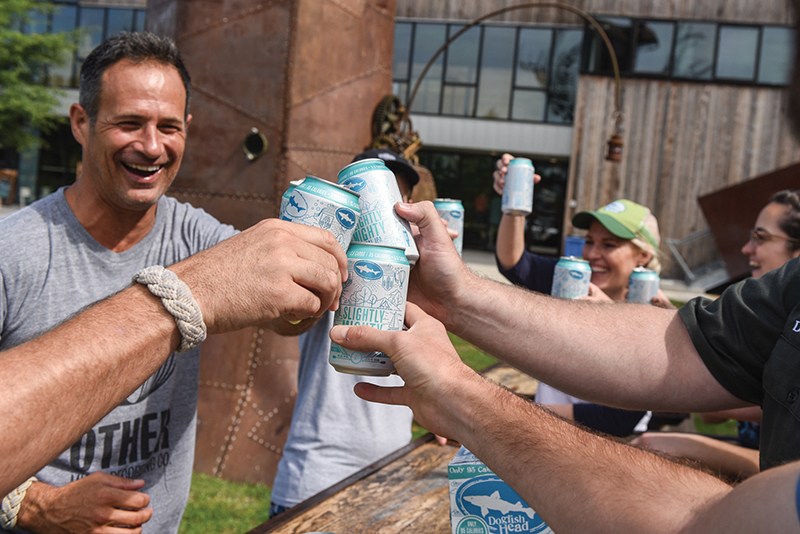 Mike Raven: To start, how did you come up with the name Dogfish Head?

Sam Calagione: Growing up, my family had a summer home up near Boothbay Harbor, Maine. That’s actually where I broke the news to my parents that I didn’t want to use the creative writing degree they had just paid for, but instead I was going to open up a craft brewery. I first told my dad about my plan while on a jog through the streets of Boothbay. In his response, he suggested that I call the brewery Dogfish Head, the name of one of the streets we had just jogged past. I liked the name — it sounded whimsical and off-centered, like the beer recipes we planned to brew, but it would not tether us to a specific geography, as we always aspired to be a national brand.

MR: Dogfish Head 90 Minute IPA — can you give us a little history about the odd way it was created and its unique flavor profile?

SC: I was first inspired to brew 90 Minute Imperial IPA back in the ‘90s. I was watching a cooking show and the featured chef was showing folks how to properly season soup for the most intense but well-balanced flavors. He added small amounts of pepper to the simmering stock throughout the cooking process, rather than adding the spice all at once. I thought, “If it works for soup, why not beer?” 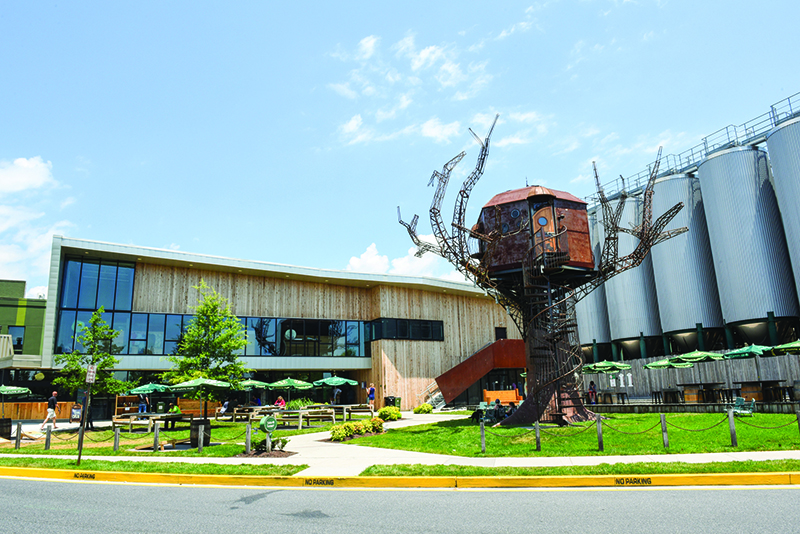 I was determined to figure out a way to bring the idea of continuous hop-dosing into the brewhouse. In my search for solutions, I ended up at a local Salvation Army store, where I found an old-school, electric football game. I rigged the game to hang at an angle just above the brew kettle and taped a pickle bucket full of hop pellets to the vibrating field. The bucket had a bunch of small holes drilled in it, so when I turned on the football game, the hop pellets would continuously shimmy their way through the holes at a consistent rate, making their way down the field and into the boiling wort.

As you can imagine, this first-ever, continual hopping device didn’t last long — maybe a couple of brews. The steam from the boil kettle quickly fried the electrical system in the vintage football game. Since then, we’ve developed new and improved contraptions for continually hopping beers, but the heart of the process remains the same and the innovation makes a remarkable difference in the liquid itself. Most IPAs have two hop additions: one at the beginning for flavor and one at the end for aroma. By adding hops throughout the entire 90-minute boil, we were able to create a beer that is beautifully and powerfully hoppy without being overly bitter. That is 90 Minute Imperial IPA. 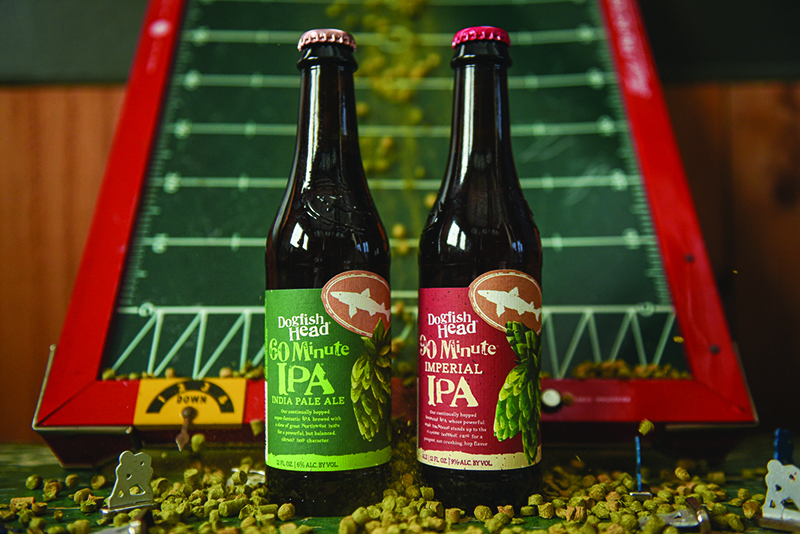 MR: 60 Minute IPA — is this a sequel to 90 Minute IPA? Sequels usually suck, but not true here, right? Tell us about this best seller!

SC: Ha! Are you kidding me? “Godfather II” is at least as good as the original. “The Empire Strikes Back” may be as well. It’s funny, because many people assume that 60 Minute came first, but it didn’t. With 60 Minute IPA, we were hoping to brew a more approachable, lower alcohol version of our best-seller, 90 Minute Imperial IPA.

Clocking in at 6.0% ABV, 60 Minute IPA is our super-fantastic, continually hopped, East Coast IPA. By adding hops throughout the entire 60-minute boil, we were able to create a world-class IPA that delivers a sessionable, citrusy, grassy hop character without being crushingly bitter. 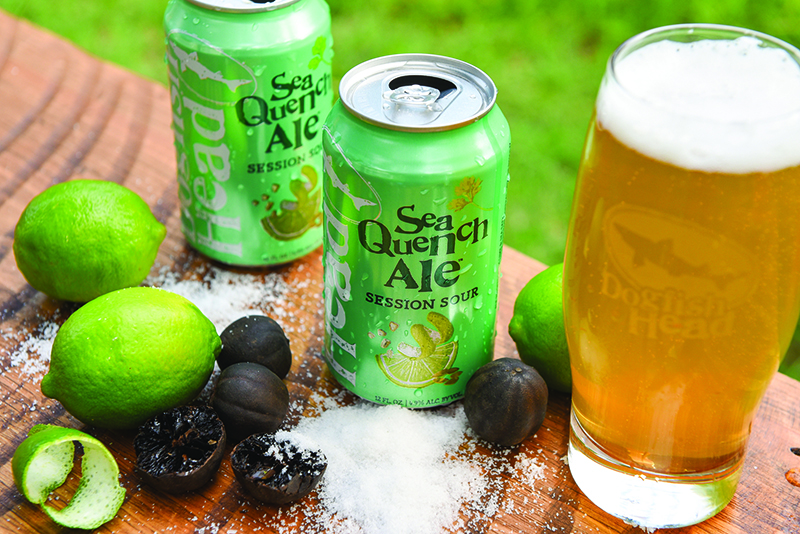 MR: SeaQuench Ale (another uniquely named beer) claims to be a “thirst quencher.” It has a unique makeup of ingredients and a touch of sea salt. Is it true it may be the world’s most thirst-slaying beer? That’s what Men’s Health had to say about it.

SC: I can’t speak for the whole world, but I can confidently say that SeaQuench Ale is objectively the most thirst-slaying beer Dogfish Head has ever brewed. It’s a session sour mash-up of a crisp Kolsch, a salty Gose and a tart Berliner Weiss, brewed in sequence and blended together with sour lime juice, black limes and sea salt. Its tart, crisp flavors of lime, the added bitterness from the black limes and a slightly salty finish make it the perfect craft refresher for beer, wine and margarita drinkers alike. My favorite time to enjoy a SeaQuench Ale is in the midst of the hot summer, after a long paddle along the Lewes-Rehoboth Canal on my SUP board, or anytime year-round paired with seafood. I’m proud to say SeaQuench Ale is now the best-selling sour beer in America.

MR: So, you finally got into the low-cal business with Slightly Mighty, but it’s a full-flavored world-class tasting IPA? C’mon man … what’s the secret? Something about monk fruit? Where do you find this stuff?

SC: I don’t know how much of a secret it is anymore, as there have been a number of low-cal IPAs announced since we first innovated this style with Slightly Mighty. But that’s right, we harnessed the power of monk fruit to create Slightly Mighty*, a full-flavored, full-bodied, low-cal IPA. Brewed with “lo-cal”ly (see what we did there?) grown barley and a touch of monk fruit, it’s got all the flavors and tropical aromas of a true indy craft IPA, but with only 95 calories and 3.6 grams of carbs per can. 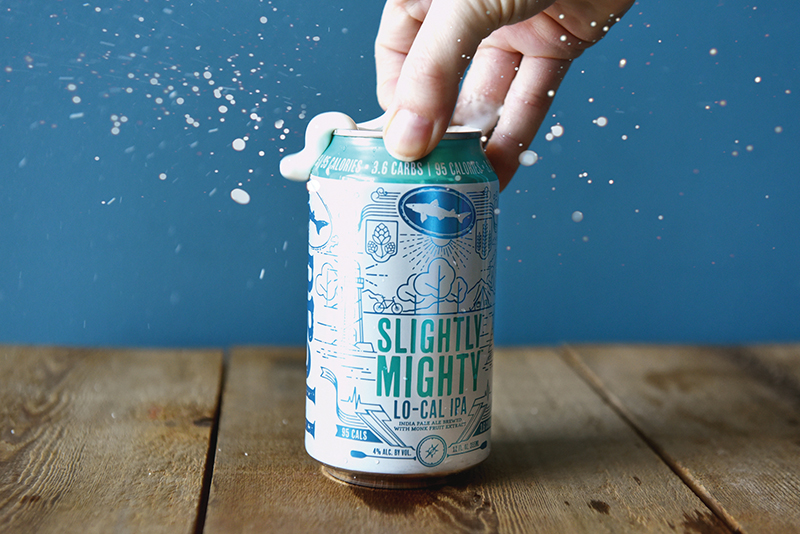 Beer drinkers’ preferences are shifting towards lower calorie, lower carb beer options. In the early stages of research and development for what would become Slightly Mighty, we took a look at the marketplace and saw many breweries releasing “lighter” or “better-for-you” options, but we did not find any that were able to successfully brew a full-flavored, low-cal IPA.

A typical IPA needs a big malt bill to support the large quantity of hops added. The malt’s sweetness balances out the bitterness of the hops, resulting in a hoppy but balanced flavor. But more malt means more calories, so to create Slightly Mighty, we had to go about things in a different way.

While at the grocery store, I came across monk fruit, an ancient Chinese delicacy and all-natural sweetener that is sweeter than sugar per ounce. By adding monk fruit to the brew, we were able to reduce the overall malt bill while maintaining the sweetness needed to create a full-flavored, well-balanced beer. The monk fruit essentially acts as the beer’s skeleton, upon which we piled on the hops. The result is an easy-drinking IPA that’s slight in calories and carbs, with mighty hop flavor. 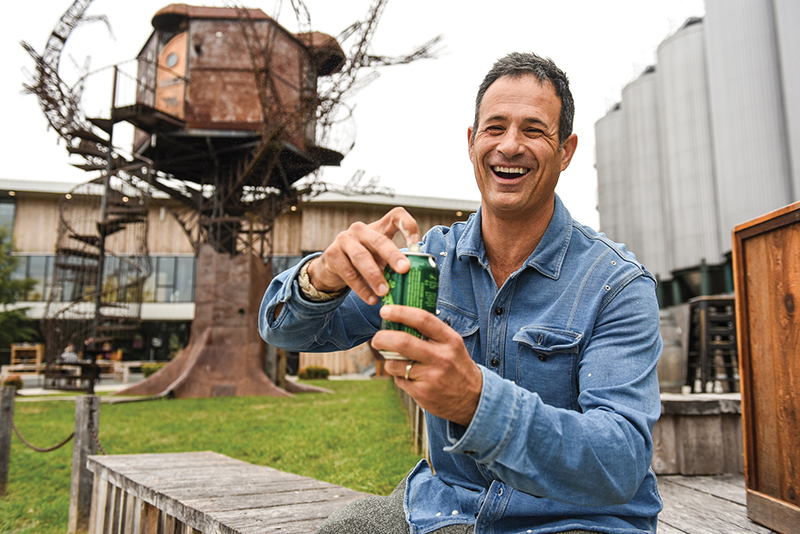 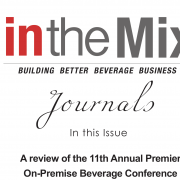 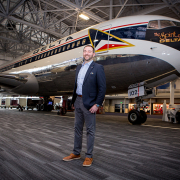 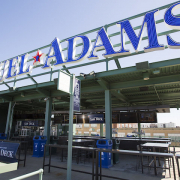 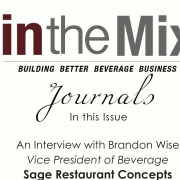 in the Mix, Journals: Vol. 1
Scroll to top